The new generation of the device also kept the geofencing feature, which allows detecting when a user leaves home and comes back to switch between energy saving and comfort modes.

For some the price can be considered to be on a higher end, especially comparing to the competition. Before purchasing this thermostat make sure you have a C-Wire installed or otherwise you will need to choose a workaround for installing it without the C-Wire. 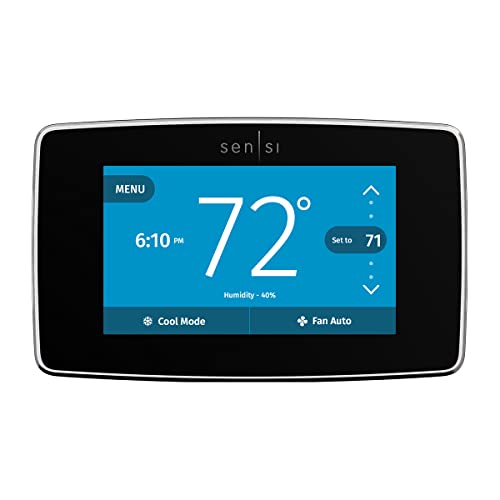 It’s easy to fall in love with the large numbers on the display as well as the general design language of the Emerson Sensi Touch. Instead of tethering themselves to the rotary dial design that Nest’s engineers prefer, Emerson made their unit look nice and modern while ensuring that it will fit on most consumer’s walls with no issue.

It’s compatible with the vast majority of HVAC equipment, so you probably won’t run into too many issues where it locks up and starts calling for heat when it shouldn’t be. A nice strong wireless antenna keeps it connected to the Internet even when the signal is weak, which is a nice feature for those who live in larger homes.

While the screen is designed to be extremely readable, the way the backlight functions is rather unconventional. You can’t leave the screen on all the time. It automatically goes into a sleep mode 15 seconds after the last time you touched it. You then have two options regarding how you want the screen to behave.

It can either switch off completely until you touch it again or stay on with just the temperature showing but the backlight dialed down to maybe 10 percent of full power.

It returns to full brightness as soon as you touch it, but this might be a serious issue for consumers who want to peek around the corner at night to check the temperature without having to go over toward the thermostat.

Adjusting the temperature is usually as simple as moving a slider, though some users may have preferred a numeric entry system. Unlike some other smart thermostats, the Sensi Touch emulates all of the functions found on a tradition unit. This means you can switch your house fan on and off without having to turn on the rest of your HVAC system.

Those living in somewhat mild climates can save a good deal of power by using the fan without the AC unit, which is why Emerson provided this function. Unfortunately, there’s no simple indicator to tell a user when they’ve activated it. Editing the schedule from the thermostat’s screen is as easy as shifting through a calendar and selecting a few temperatures.

The energy-saving functions will help you to configure an appropriate schedule if you’re not sure of which settings will save the most power. Emerson’s engineers did their best to design the scheduling system to match that of a more traditional programmable thermostat.

Calendar offers an outlook that’s about as long as a week, which is more than enough for most people. While some consumers might view the Emerson calendar design as somewhat limited, most weather forecasts are only accurate to within six days making this kind of a moot point.

When you first install the app, it will walk you through the physical installation process for your thermostat. Once you have everything going, a geofencing subroutine will kick in that will begin to automatically adjust your home’s internal temperature based on the location of your smartphone.

Some users report that sensor systems don’t work for them as they incorrectly think that they’re away from home when they’re merely sitting so still that it confuses their smart thermostat. This feature prevents the Emerson Sensi Touch from ever falling into that trap.

The smartphone app itself features an almost identical copy of the interface presented to you from the screen of the thermostat. This means you can use the app to do everything you can from the physical control panel without having to learn any new gestures to do it.

If you ever need customer service, then you can use the Sensi app to call for a contractor. Most users won’t require any assistance once the thermostat is in place, but this could provide piece of mind for those who might want to call for help in the future. Versions are available for both Android and iOS devices.

While the Sensi Touch Thermostat is compatible with a huge swath of furnaces and AC units, multiple zone support is lacking. You can technically register multiple Emerson wireless thermostats to a single account and control them together, but this sort of arrangement is slightly different than a traditional zoned approach.

Nevertheless, it might work to control this sort of HVAC system in a pinch. Ironically, Emerson worked in support for many unusual HVAC designs besides multiple zone control. Their official compatibility worksheet states that their equipment is designed to work with geothermal units as well as cool-only AC assemblies.

Keep in mind that the Sensi Touch doesn’t support whole home remote sensors, humidifiers or dehumidifiers regardless of whether they’re located in a single zone or multiple ones. All installations, regardless of zoning, will require a C-Wire no matter how you have them configured.

As well as offering users the basic scheduling features, the Sensi Touch will start to dial back your furnace or AC unit when it notices that you’ve left the home. By paying close attention to the position of connected mobile devices, it can tell whether you’re actually in your house or not.

This geofencing system is more accurate than home sensors, though you might want to keep it in mind before you loan your smartphone out to someone else since the Sensi Touch might assume that you’re not home when you still are.

While homeowners won’t need it, Emerson also offers a software package under the Multiple Thermostat Manager name that allows users to control a large number of thermostats from a single network interface. This can save a ton of power for anyone who manages a small business and can’t physically get to each thermostat in their place of business.

You could even use it to dial back the furnaces when you’re not around, which could be good for someone who manages something like a campground or an antique mall that has multiple furnaces that aren’t wired together as part of a zoned installation.

Emerson made sure that their device was going to work with a number of different gadgets that you might already have. Onboard integration technology can interface with the following home automation platforms:

Emerson was so confident about how easy the installation is that their official video showing consumers how to do it runs for less than a minute. Have a look at this short spot on YouTube: Some hiccups might rear their ugly head once you have the system up and running, however.

The menus can be difficult to navigate and it lacks a way to enter a temperature directly via a numerical pad. Then again, you might want to look at this as a feature since it prevents you from adjusting the temperature more than a few degrees each time.

One thing that many users do like about the Sensi Touch interface is that it features customizable colors. Some people have difficulty reading text when it’s colored a certain way on a touchscreen. This option completely eliminates that problem.

Users who don’t have any way to fish a C-Wire out of their current installation aren’t going to like the Sensi Touch thermostat, unless they’re willing to try out a workaround to get it going without one.

Those who don’t want to learn how to navigate the menus won’t care for it either. If you’re willing to learn how to work a new piece of technology, then you’ll more than likely find that the Sensi Touch is an excellent way to save energy while allowing you to control your HVAC unit from remote locations.

If you’re that kind of person, then you might look at people in the other two groups and feel they’re missing out! The Emerson Sensi Touch is ideal for those who already have a C-Wire, because it otherwise should only take a few moments to install. Those who are looking for a better value-to-price ratio should certainly take a look. 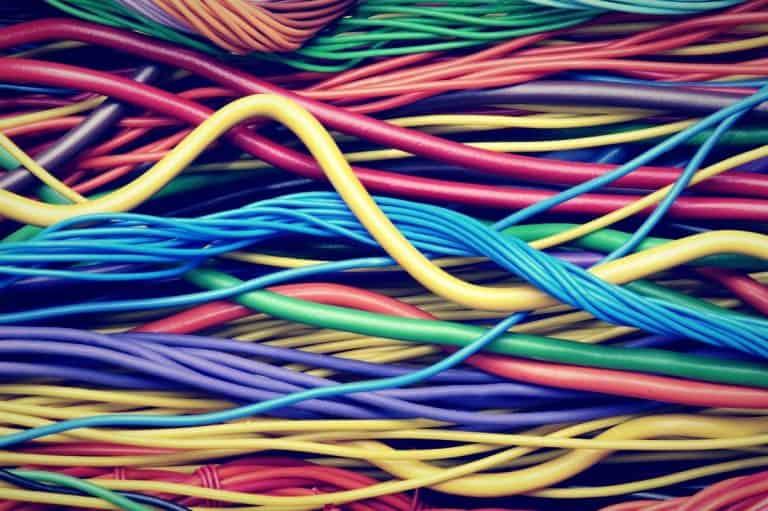 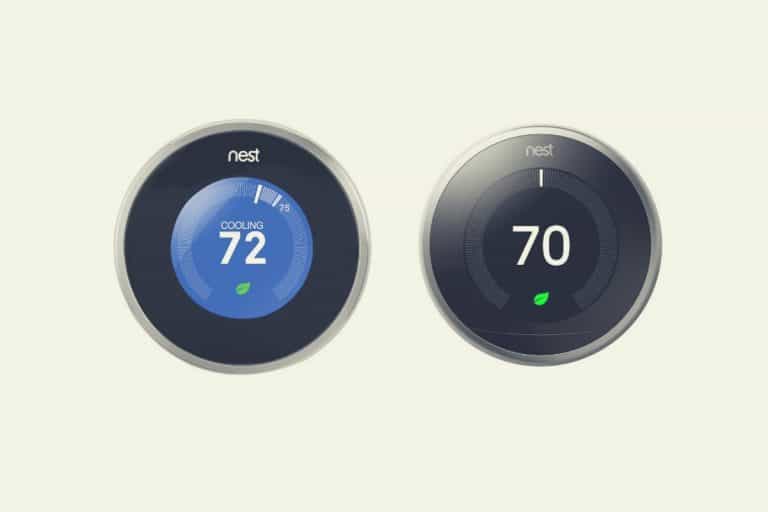 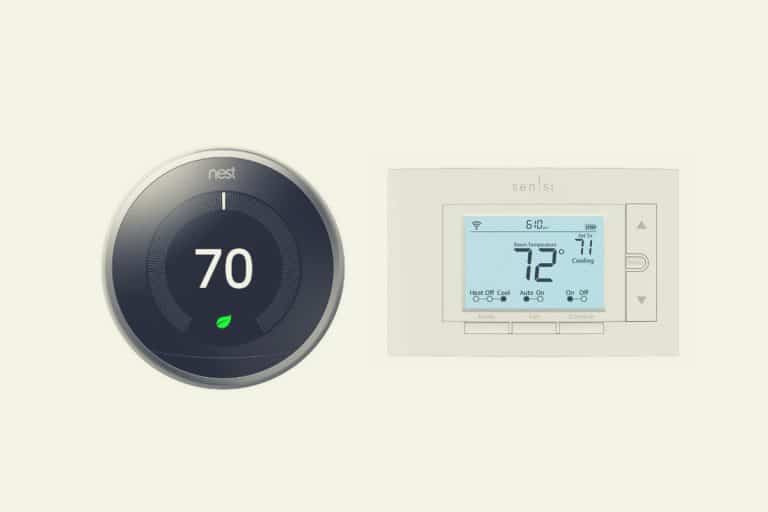