Wink Hub vs Wink Hub 2 – which is better?

There’s a slew of smart hubs out there, which claim to be fast and support multiple integrations. But a lot of them don’t live up to the expectation. Some are highly-priced, yet they’re non-functional and unreliable.

There are a couple of exceptions though like Wink, which for a while now, has built a reputation for itself by manufacturing some of the best hubs. Two of its most popular inventions are the Wink Hub and Wink Hub 2.

Both smart hubs have quality integrations, reliable speed and they sync seamlessly with third-party gadgets. Question is, which is superior to the other and which should you invest in?

Here’s a detailed review of the Wink Hub vs Wink Hub 2. 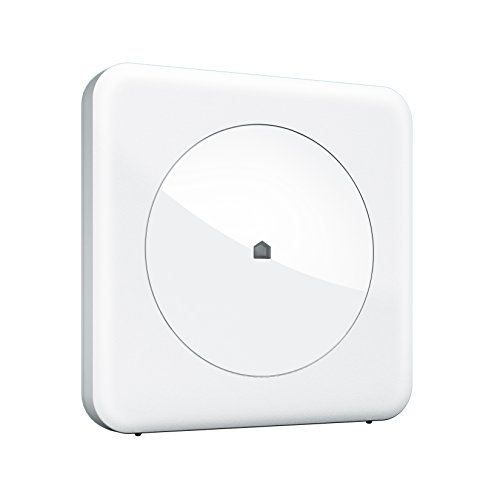 A similarity between the Wink Hub and Wink Hub 2 lies in their design. From a glance, it might seem like they have an identical appearance. But if you look closely, you’ll notice the difference. While they’re both finished in a typical glossy white plastic, the Wink Hub 2 is a little taller, slimmer, and sleeker.

To be specific, the Wink Hub measures 8 x 8 x 3 inches while the dimensions of the Wink Hub 2 model are 7.25 x 7.25 x 1.25 inches. The good thing is, they are both well-sized so they won’t be taking up too much space on your countertops.

Another remarkable difference in the Wink vs Wink 2 debate is the placement of their power ports. In Wink Hub, there’s only one port positioned on the rear, and this is the power port. By contrast, the Wink Hub 2 has two ports- a power port on the side and an Ethernet port on the back.

The benefit of this additional feature is that it makes it possible to hardwire the smart hub to your home’s router as opposed to wirelessly. This makes for a stronger and more stable connection.

Given that both smart hubs are made by the same manufacturer, it’s not surprising to learn that they’re set up in a fairly similar way. If you’re using the Wink 2, you have the option of connecting it wirelessly or via a wired connection. However, Wink recommends using the wired connection for simplicity. After configuration, you’ll be able to relocate the hub anywhere within your home and connect it to your router.

To get started, first download the Wink app on your mobile device and sign up for an account. Next, select the plus button you’ll see on the opening page and select the right Hub from the product list.

After picking a device, you’ll be taken through a set of onscreen instructions on how to synchronize the hub to your router via the included Ethernet cable. Finally, plug in the power adapter and wait for the hub to be discovered.

The easiest way to determine whether you’re going about this installation process correctly is to check the color of the LED light on your smart hub. In the initial setup and when you’re trying to connect to your home network, the hub will display an amber light. But once it’s fully configured, the light should turn to blue.

If you’re trying to decide between Wink Hub vs Wink Hub 2, the ease of installation is one of the factors you should consider. To that regard, the Wink 2 has the upper hand, thanks to its auto-discovery feature. With this device, the minute you download the app on your phone, it automatically detects the smart hub.

Here is a video instruction of how to set up Wink Hub 2:

One of the primary reasons why homeowners purchase smart hubs is because of their integrations. As such, this review would not be complete without a discussion of the same.

When it comes to what you should expect from the Wink Hub 2, it’s evident that the manufacturer builds on the foundation of the first generation smart hub. Wink Hub 2 is compatible with many more devices than Wink Hub 1.

To be specific, both smart hubs are designed to integrate with Kidde, Lutron Clear Connect, Wi-Fi, Z-Wave, and ZigBee. But they went a step further when inventing Wink Hub 2, which is why it’s designed to also support Bluetooth LE radio and a Thread-capable radio. The two technologies are tailored to offer future support to any new smart appliances.

Another vital aspect to consider is the mobile application that the smart hubs work with. Considering this is where you’ll be manipulating or controlling a majority of the functions of your smart devices, it’s important to determine whether it’s a user-friendly app.

Let’s start off by saying that both Wink Hub and Wink Hub 2 use an identical mobile app. The best part is, this is an incredibly user-friendly mobile application. It’s intuitive and very straightforward. In fact, it has individualized setup instructions depending on the attributes of the appliance you want to add.

There are large-sized icons, which make navigating through the options pretty easy. The temperature reports are very precise, the IFTTT works well and the display live feed is very clear.

There’s just one glaring issue with the Wink app. That is the fact that the app classifies the different appliances that you incorporate into different categories, but offers no way of searching these items using their specific names. For instance, several users note that they had a difficult time figuring out the smoke detector was classified under the “Alarms” category.

On the brighter side, the Wink application enables you to accomplish a number of tasks. For one, it allows you to set schedules for different smart appliances. As an example, you can configure a specific temperature on your ecobee3 thermostat.

Other than setting schedules, the app also allows you to create what the manufacturer calls “robots”. Put simply; these are automated activities that happen based on predetermined conditions.

Apart from the mobile app, you should also look into the memory capacity of a smart hub prior to purchasing. This is because it determines the number of automated actions that it can remember.

If you’re using this aspect to determine which is superior in the Wink vs Wink 2 battle, you’ll appreciate the memory of the latter.

The Wink 2 boasts an impressive 512 MB of memory. This is a sufficient amount of space so you don’t have to worry about the smart hub forgetting any of the predetermined actions. By comparison, the first generation Wink only has 128 MB of memory.

One aspect that significantly influences the speed of a smart hub is memory. What this means is that since the Wink Hub 2 has higher RAM, it can accomplish tasks much faster than its predecessor.

In tests carried out by third-party companies, it’s been discovered than the Wink 2 can complete certain tasks in less than 3 seconds while Wink 1 takes more than 15 seconds to achieve the same.

So if speed and efficiency are important factors, Wink 2 is the clear winner in that category. For instance, you wouldn’t want your smart hub to take more than 15 seconds to lower the temperature on the thermostat if it’s too hot.

Wink improved a lot of features found in the first generation including the internet radio. With the Wink Hub 2, it sports a more powerful radio that has a better range and throughput. While Wink Hub 1 only supports 2.4 GHz networks, Wink Hub 2 works with both 2.4 GHz and 5 GHz networks.

The greatest challenge of using smart systems is the fact that they’re susceptible to hackers. Luckily, Wink took things up a notch as they were designing the Wink Hub 2. To boost security, this smart hub is equipped with a unique hardware-based feature, which they call Secure Boot.

The purpose of this component is to make sure that only those programs or software invented by Wink can be run on your Wink Hub 2. This way, it’s almost impossible for hackers to run any malware or interfere with the integrity of your smart hub.

Unfortunately, this feature is not present in the first generation Wink Hub, which makes it slightly susceptible to hacking.

Which mobile platforms are supported by Wink smart hubs?

Currently, Wink runs efficiently on iOS 9.0 or later as well as Android 4.0 or later. You can download the Wink app for free on either Google Play or the Apple App Store. Wink also works well on Apple watches and Android wearables, giving you the flexibility to control your appliances from your wrist.

What is the best place to position the Wink smart hubs?

It should be placed at least 15 feet away from Wi-Fi connected gadgets and routers. Also, place it in a central location so that you can reduce the distance between your Wink Hub and the smart appliances that you’ve connected.

Whenever possible, it’s best to place the hub in an open space, a minimum of 3 feet above the floor. Avoid areas that have cabinets and other obstacles.

Can one have numerous users on their Wink account?

Yes, you can. In fact, you’re free to grant access to specific appliances to other users. This way, you’re able to determine which user has access to which product. Since you’ll have the master account user, you’ll have the right to edit, add or remove their access at will.

Keep in mind that deleting a particular product from your shared account causes the other users to lose access to it as well.

Of all the smart hubs on the market, Wink Hub and Wink Hub 2 come highly recommended. Given that they don’t differ that much in terms of features, choosing between these two mainly boils down to your needs.

There are several factors that set these smart hubs apart so you’ll need to prioritize the aspects that matter most and choose the best hub based on these. For instance, if you have a limited budget, the lower price of the Wink Hub 1 makes it a more suitable option.

However, if you want a smart hub that offers the best security for your collection of smart appliances, then the Wink Hub 2 is a better option. This is because it features a hardware-based security feature that you’ll not find in the first generation Wink Hub.


Similarly, if you plan to set a lot of automated actions on your smart hub, Wink 2 has a higher memory capacity that will come in handy.

Overall, we recommend Wink Hub 2 for its improved design and features. It has better speed and memory and supports a higher number of WiFi protocols. It’s even equipped with an ethernet port, which allows for wired connectivity. This provides a more stable and secure connection. 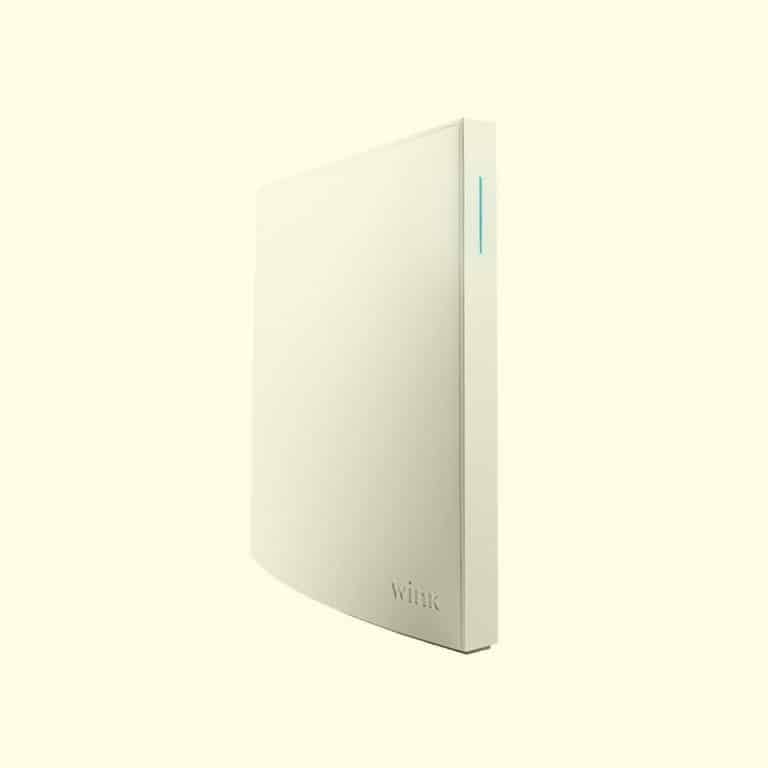 Wink vs SmartThings – Which one is better? 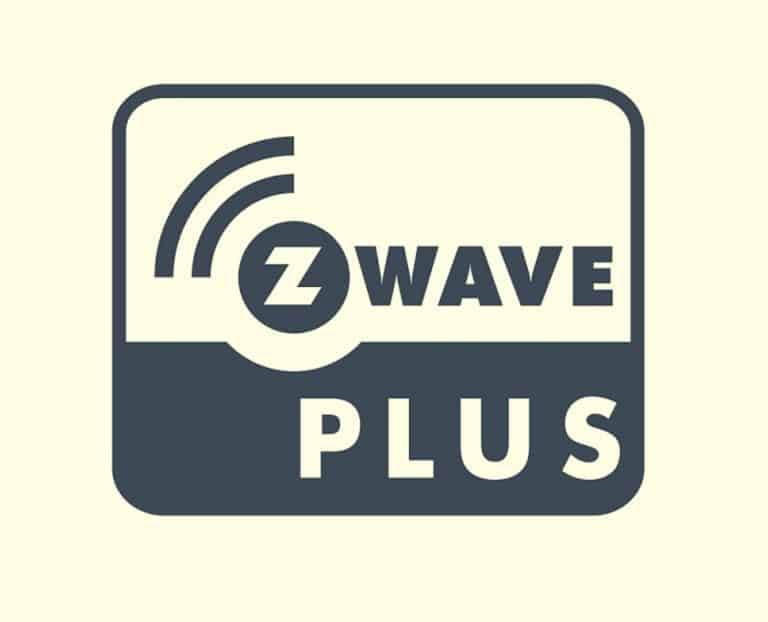 Z-Wave vs Z-Wave Plus – Differences Explained 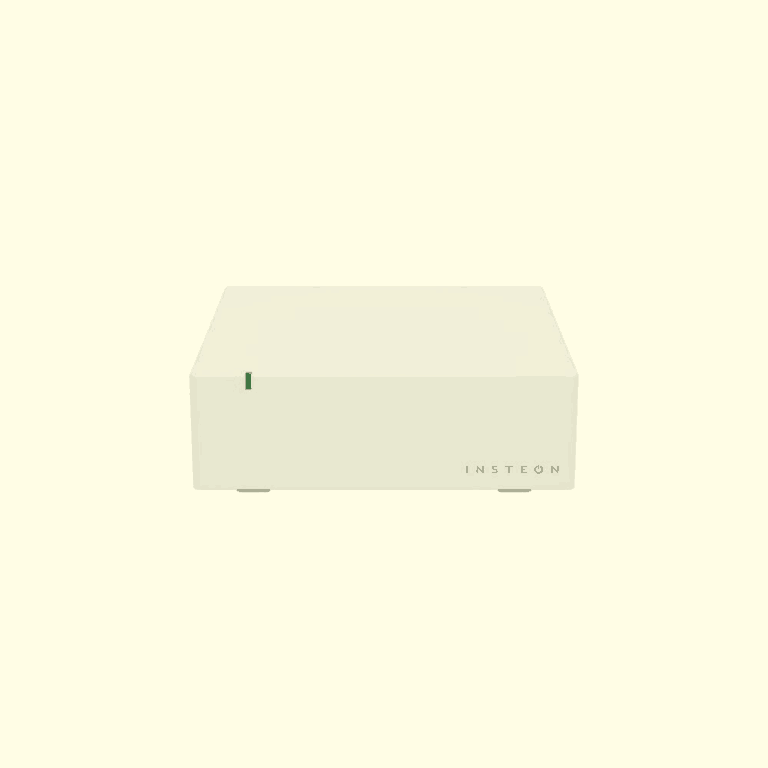